Senate Not Out to Blackmail Elumelu, Says Akinyelure 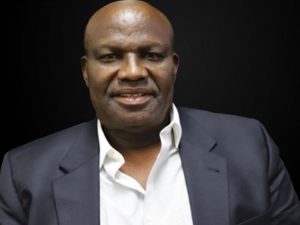 The Chairman of the Senate Committee on Ethics, Privileges and Public Petitions, Senator Ayo Akinyelure, has said the upper legislative chamber is not out to blackmail the Chairman of the United Bank for Africa (UBA), Mr. Tony Elumelu, over its investigation into the alleged N41 billion NITEL/MTEL account fraud linked to the bank.

He, however, stated that the management of UBA has questions to answer over alleged withdrawals of N41 billion from N42 billion NITEL /MTEL accounts domiciled with it by liquidators of the

Akinyelure in a statement entitled: “Clarification of allegations of false and malicious publication against Chief Tony Elumelu, Chairman/CEO of UBA Plc,” said his earlier submissions on the matter were not meant to blackmail Elumelu or the bank but to let the public know the allegations levelled against the bank.

He said: “My action as the committee chairman to address the press is to distinguish between two petitions against UBA before it, and not meant to cause malicious damage to the management at UBA Plc, having invited them for a closed-door meeting twice to resolve the issues amicably without success.

“My media briefing was, therefore, never intended to blackmail or cause any malicious damage to the reputation of Chairman/CEO of UBA Plc, Chief Tony Elumelu, or any of its officials, but our responsibilities to the whole Nigerians as democratically elected representatives of the people in the legislature to fight for their rights where we feel that their rights have been infringed upon.”

The lawmaker, however, said the UBA management must appear before the committee to respond to the two petitions against the bank by creditors and liquidators of NITEL and MTEL.

The statement dated August 8, 2020, read in part: “My attention as the Chairman of Senate Committee on Ethics, Privileges and Public Petitions has been drawn to several publications on various national dailies and, therefore, requires me to make the following clarifications to refute the said allegations on the following grounds.

“That there are two separate petitions against UBA before the Senate Committee on Ethics, Privileges and Public Petitions for consideration in respect of alleged unauthorised withdrawals of N41 billion out of N42billion from NITEL and MTEL accounts.

“The first of such petitions by liquidators at NITEL & MTEL was from Messrs Otunba Sonbore against UBA for the refund of N685, 390.365.25 of excess bank charges against NITEL and MTEL account in liquidation.

“This case was brought before the high court and appeal court and judgment was in favour of the liquidators of NITEL/MTEL, which has, however, been appealed against by UBA in the Supreme Court, the basis upon which the committee stepped down further hearing on it in line with Senate rules.

“The second petition against the bank was referred to the committee on 1st July 2020, a petition written by J. U. Ayogu Esq. a human rights lawyer on behalf of the creditors of the liquidated NITEL and MTEL against the managing director at UBA Plc for deliberate denial of payment of over N41.8 billion withdrawn from various accounts at NITEL without provision of tickets for withdrawals as follows: “N29, 882,868,204.17 on NITEL account 1142030000705 was withdrawn without authorisation and non-provision of tickets up till now.

“N22,948,854.73 also withdrawn without authorisation and without provision at tickets up till now.

“N6,866,171.71 transferred to the Office at the Accountant General of the Federation without authorisation to be reversed back to account.

“The above transactions were not in any way being litigated against by the UBA in the court of law and, therefore, the committee only call on the UBA Plc management to come and justify their actions for not providing tickets for unauthorised withdrawals from NITEL/MTEL accounts up till now and secondly to show court processes it has on any of the above, that will convince the committee not to order for a reversal of outstanding amounts back to the customers’ account after seven years till date.”

Akinyelure had penultimate week, summoned the Group Managing Director of UBA, Mr. Kennedy Uzoka, to appear before his committee over the alleged fraud.

The planned investigation could not hold due to exceptions taken by Elumelu to the allegations read by the senator against the bank.

Elumelu had in his reaction to the alleged fraud threatened to sue Akinyelure if the allegations were not retracted within seven days.

Source: Senate Not Out to Blackmail Elumelu, Says Akinyelure